What You Should Know About Oral Cancer In Sacramento Typically appears as a growth on the lips, tongue, or the floor of the mouth; oral cancer can also begin in the gums, roof of the mouth, the area behind the wisdom teeth, the inner lining of the lips, or even cheeks.

Oral cancer is among one of the most common cancers worldwide, but more so in the United States Of America. Stats show approximately 50,000+ people get oral cancer in America each year. In 2021, 54010 new cases have been reported so far, out of which 38,800 patients were men and 15,210 were women. The resulting fatalities have been 10850.

Oral cancer, also known as oral cavity cancer, is more prevalent in men than women. According to the global Cancer Organization, the chances of men getting it is 1 in 60 men, while in women, it’s 1 in 140. In simple terms, men are more than twice at risk of getting oral cancer than women. It is the eighth most commonly diagnosed form of cancer in men.

While oral cancer is known to result in fatalities, it can be cured if diagnosed at an early stage. Therefore, it’s advisable to get regular oral checkups to catch any foreign growths around the mouth area. Moreover, when going to the dentist, it’s essential to know what to ask them regarding the big C.

Here is a detailed guide by Soft Touch Dentistry in Sacramento, California, to help you learn everything about oral cavity cancer.

What Is Oral Cavity Cancer?

Oral cavity cancer develops in the mouth but can spread to the head and neck. It generally infects the cells lining the mouth, known as the squamous cells.  And so, many oral cancers are called squamous cell carcinomas.

Oropharyngeal and oral cancers are classified as cancers of the neck and head.

It develops in the squamous cells in the mouth, which appear like fish scales on a microscope. When these scale-like flat cells mutate and grow abnormally, squamous cell carcinomas are formed.

Verrucous carcinoma is a subtype of squamous cell carcinomas that grows uncharacteristically slow and hardly ever spreads to other parts of the mouth/body. However, it can penetrate the neighboring tissues around an infected site.

According to estimates, 5% of all oral cancers are verrucous carcinomas.

This disease category includes multiple oral cancers that begin in the minor salivary glands in the mouth. These glands are spaced out throughout the lining of the mouth and throat.

Lymphoma is a category of cancer that affects the lymphoid tissues or lymphocytes in the body, which are an integral part of a person’s immune system.

The tonsil base and tongue are lined with lymphoid tissues. When a malignant growth in the oral cavity develops in the said areas, the cancer is categorized as an oral lymphoma.

As the name implies, benign tumors are harmless growths in the mouth. While these are not deadly at first, they can develop into cancers; therefore, it’s best to get them removed as early as possible. Different types of benign oral cavity tumors include

Lip cancer typically falls under the category of squamous and basal cell carcinomas. It is the most common form of oral cancer found in men.

Many people often confuse the causes of oral cancer with the risk factors (that significantly increase the chances of the illness), but they are a bit different.

When the DNA in the oral cavity cells mutate/ go through structural changes, oral cancer is formed. So, essentially whatever triggers the DNA cells to malfunction is responsible for oral cavity cancer, but that remains a mystery as experts still do not know why that happens.

When said changes happen, the cells start growing abnormally, killing healthy cells in the process. The resulting buildup of abnormal cells turns into a tumor.

Excessive Use Of Tobacco

Like alcohol, tobacco consumption in inordinate quantities increases people’s chances of getting oral cancer. The longer the use of tobacco, the more at-risk users become.

How someone consumes their tobacco determines where they might get cancer. Smoking tobacco is more likely to affect the lips and the soft palate. On the other hand, those who chew tobacco can get cancer of the tongue, cheeks, lips, and gums.

Frequent And Prolonged Sun Exposure To The Lips

HPV is a widespread sexually-transmitted disease that affects sexually active people at least once in their lives. One of its strains can cause oral cancer, primarily if a person engages in oral sex frequently.

Men under 50 are the most common victims of oral cancer due to HPV, the chances of which increase significantly if someone gets sexually involved with multiple sexual partners.

While less likely to cause oral cancer (than most other risk factors), an unhealthy diet without enough fruits and vegetables can lead to oral cancer. Research has shown a link between the two; poor nourishment and occurrence of cancer.

Age plays a significant risk factor in the occurrence of oral cancer. People generally get oral malignancies in the later years, and the tumor requires plenty of time to grow and surface.

As already established through the staggering stats, men are more likely to develop oral cancers than women. While the main reason behind this remains largely unknown. According to hypothetical speculations, men get oral tumors more than women because they are much heavier drinkers and tobacco consumers.

Betel nuts are immensely dangerous for a person’s oral health. People who chew these tend to get oral cancer, especially in Southeast Asia. Doing so is a popular trend in the region.

Other relatively rare risk factors are

If caught early enough, oral cancer can be cured with a tailored treatment plan. If you detect any of the following symptoms, reach out to Dr. Andrew Owyoung at the Soft Touch Dentistry in Sacramento, California.

Even if you don’t notice any of the mentioned signs of oral cancer, you should still go to your dentist regularly to get your oral cavity examined. Doing so will drastically increase the chances of an early tumor diagnosis.

The diagnostic process of oral cancer is pretty standardized as for any other cancer. A patient has to take the following tests to get a definite diagnosis.

At first, the doctor will ask a patient about their symptoms and family history of cancer, followed by a physical exam. Once that part is done, specialized testing will be carried out to get a particular verdict about the condition.

Determining The Extensity of Oral Cancer

Doctors use a particular staging mechanism to determine the extent of cancer’s spread in a patient. It is called the TNM System.

Depending on the stage of oral cancer, doctors develop a treatment plan for every patient, which typically involves the following methods.

Removing the tumor surgically is an effective solution for treating oral cavity cancer. However, surgery to remove cancer and all infected tissues is only an option if the cancer is caught at an early stage. If it has spread to an extensive section in the mouth, an operation becomes tricky.

If cancer progresses to a much more advanced stage, then radiation and chemotherapy are combined for treatment.

As most people know, chemotherapy uses high-dose drugs to attack a tumor to shrink it. It is typically carried out in any of the two ways.

Targeted therapy is one of the most effective treatment pathways for oral cancers. It is helpful in the early and later stages of the disease. In this therapeutic program, a patient is given drugs attached to the cancer cells and obstruct their growth.

An essential part of oral cancer prognosis is giving patients sufficient nutrition to make up for all the food they cannot eat.

Most people with oral cavity cancer have difficulty swallowing, resulting in reduced food intake and weight loss. To compensate for the lack of nutrition due to an oral tumor, a person should be given nourishment intravenously or in gentle ways for the infected sites in the mouth and throat.

Outlook For People With Oral Cancer

With early diagnosis, people with oral cavity cancer can lead a relatively everyday life after treatment.

Studies report that the 5-year survival rate of people who get their extensive C diagnosis in the initial stages is 84%. However, if cancer spreads and invades the nearby tissues, the rate plummets to 65%.

The logical prevention protocol for oral cancer involves eliminating all the possible risk factors from your life, such as smoking, drinking, eating an unhealthy diet.

Additionally, staying active and having a nutrient-dense diet can help keep cancerous growths under control, at least to some extent.

Mouth cancer affects a massive majority of people worldwide. If you don’t want to become yet another figure in the stats, be sure to keep up with your dental appointments and stop consuming too much tobacco and alcohol.

If you need more information on the topic or need consultation in Sacramento, contact Soft Touch Dentistry in Sacramento, California, and have Dr. Andrew Owyoung and his team provide you with the best possible dental care. 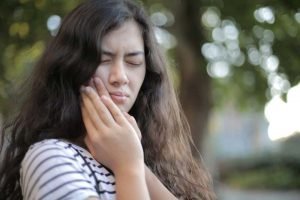 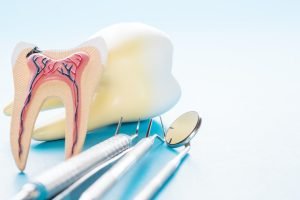 Fascinating Reasons To Use Fluoride Toothpaste in Sacramento 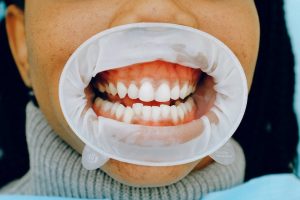 My Sacramento Dentist Pokes My Gums and Says Numbers – What Does It Mean? 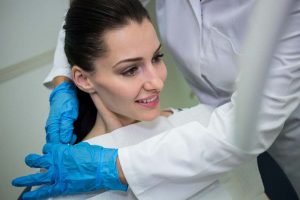 My Sacramento Dentist Says I Have a Buccal – What is it? 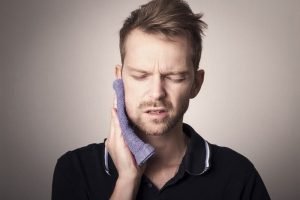 Should I Remove My Wisdom Teeth? Smile Makeover with Cosmetic Dentistry in Sacramento – All You Should Know 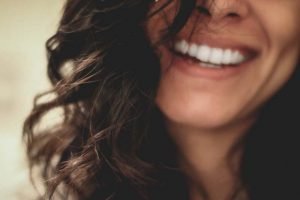 Why Should I Care about Dental Plaque? The Pros and Cons of Dental Veneers